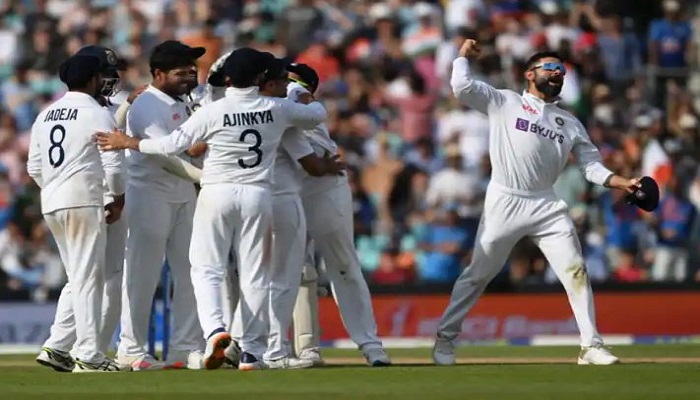 In the fourth Test match played at Kennington Oval Stadium in London, the Indian team recorded a great victory against England. Both the batsmen and the bowlers have contributed to India’s victory.

In this match, India defeated England by 157 runs. With this, India has taken a 2-1 lead in the five-match Test series. Let it be known that India has won at the Oval after 50 years.

In fact, in this match, India had given England a target of 368 runs. In response, the England team could only score 210 runs. India won the match by 157 runs. For India, Umesh Yadav took three wickets, Bumrah, Jadeja and Shardul Thakur took two wickets each in the second innings.

India beat England by 157 runs on the fifth and final day of the fourth Test at the Oval on Monday to take a 2-1 lead in the series. India had scored 191 in the first innings of the match, while England were all out for 290 in the first innings and England had a 99-run lead.

See also: Listen to the pain of an innocent daughter with courage, the doctor’s heart pounded, will now help the whole family