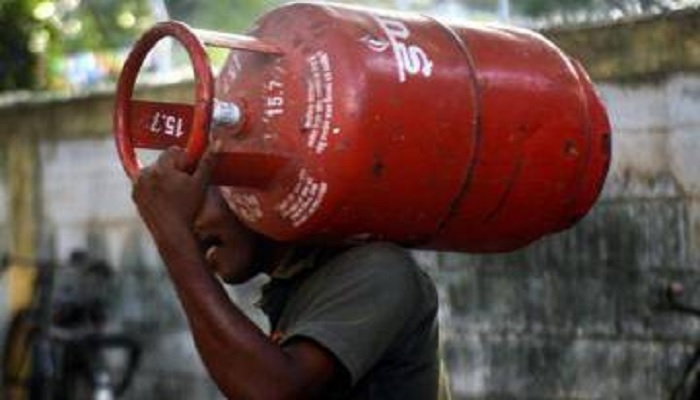 Bathinda: Strict security arrangements have been made by the police in the police district since August 15. On the other hand, at around 12 noon on Saturday, two youths entered a house in the stairwell area of ​​Mahina Chowk in broad daylight and took the lone girl hostage in the house and looted about Rs 2 lakh in cash from a cupboard. The robbers entered the house under the pretext of taking cylinders from the room of a young man living in a rented house and managed to escape within seven to ten minutes after the incident.

The bus stand police station, which reached the spot after receiving information about the incident, has started investigation after inspecting the spot and recording the victim’s statement. Attempts are being made to identify the robbers. At present, the police have not found any clues in the case, with the help of which they have been able to reach the robbers. There is an atmosphere of terror in the area after the incident which took place in broad daylight.

Police claim that the robbery will be traced soon. In fact, Surinder Kumar, daughter of Monica, a resident of Mahir Chowk, Bathinda, said that her father Bhagwati works as an accountant in a cotton factory, who was on duty on Saturday, while his other family members were also out of work. Were out of the house.

She was home alone around 12 a.m. Saturday. The door was locked from the inside. Meanwhile, two unidentified youths approached and rang the doorbell. According to Monica, the two young men covered their faces with a cloth. He said he talked to a young man living upstairs on the top floor of his house, then he unlocked the main door and entered the house under the pretext of talking on the phone. They covered his mouth with a handkerchief, threw him on the ground, and tied his hands and feet. A young man then entered a room inside his house and fled the scene with about Rs 2 lakh in cash in a cupboard.

Also read: Death by touching the heart! The 6-foot iron angle across the chest, the doctors were amazed to see the courage

He then somehow opened his arms and legs and immediately reported the matter to the police control room and his family members. Baltej Singh, in-charge of the bus stand police station, who reached the spot after receiving the information, said that an investigation has been started after taking the girl’s statement. Footage from nearby CCTV cameras is being checked, and the matter will be investigated soon.