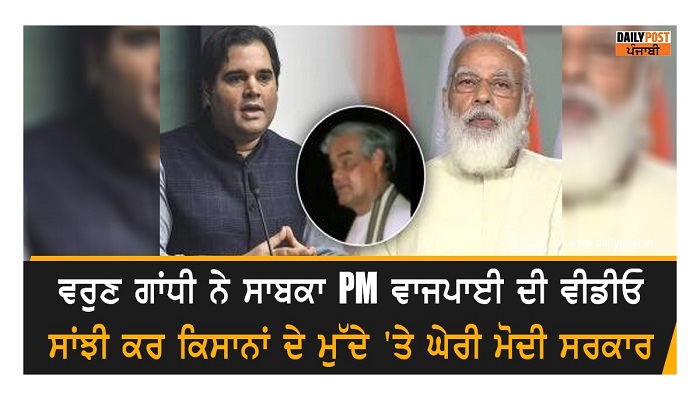 In a video tweeted by Varun Gandhi, the former prime minister is giving a speech warning the then government against the farmers’ movement. Recently, Varun Gandhi and his mother MP Maneka Gandhi were removed from the national executive by the BJP after speaking in favor of farmers. Earlier, Varun Gandhi was constantly tweeting in support of the agitating farmers. Varun was constantly urging the government to talk to the farmers to resolve the issue.

In this video shared by Varun Gandhi, former Prime Minister Atal Bihari Vajpayee is speaking from a stage. In which the former Prime Minister is saying, “I want to warn the government, give up the methods of oppression. Don’t try to scare. The farmer is not to be feared, we do not want to use the peasant movement for party politics. But we support the legitimate demand of the farmers and if the government oppresses, abuses the law, tries to suppress the peaceful movement, we will not hesitate to jump into the peasant movement. We will stand shoulder to shoulder with them.

The post Varun Gandhi shared a video of former PM Vajpayee on the issue of farmers and surrounded the Modi government appeared first on Daily Post Punjabi.