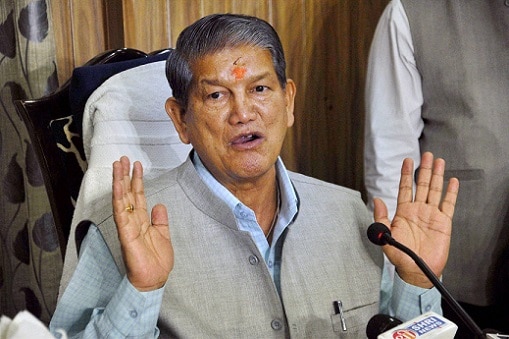 Uttarakhand Assembly Election 2022 Congress Candidates 3rd List: Congress on Wednesday released the third list of 10 candidates for the Uttarakhand Assembly elections. The most prominent name in this is that of former Chief Minister Harish Rawat. His assembly constituency has been changed. He was earlier to contest from Ramnagar assembly seat of Nainital district, but now he has been given ticket from Lal Kuan seat of Nainital district. Earlier, Sandhya Dalakoti had got a ticket on this seat.

Sources said that the working president of the Pradesh Congress Committee, Ranjit Rawat, opposed the candidature of Harish Rawat from Ramnagar. After this the former Chief Minister decided to fight from another seat. Sources say that Ranjeet Rawat was preparing for Ramnagar seat for a long time and was making his claim. Ranjit Rawat has also been made a candidate not from Ramnagar, but from Salt.

Mahendra Pal Singh has been given ticket from Ramnagar assembly constituency. Similarly, candidates have been changed in some other seats as well. Gaurav Chaudhary has been fielded in place of Mohit Uniyal from Doiwala assembly constituency, Ravi Bahadur in place of Barkha Rani from Jwalapur and Mahesh Sharma in place of Mahendra Pal Singh from Kaladhungi. Harish Rawat’s daughter Anupama Rawat has got a ticket from Haridwar Rural.

Uttarakhand Election 2022: Former Uttarakhand Congress President Kishor Upadhyay, preparing to give a blow to the party, may join BJP

Beggars in corona vaccination will have 'VIP treatment', health department will register itself
Bhai Jagtar Singh Hawara's condition deteriorated, he demanded treatment in the presence of his fami...
Jaish-e-Mohammed's Commander Ashiq Ahmed Nengru has been declared a designated terrorist by the Gove...
From India Gate to Howrah Bridge, there was darkness in many parts of the country during Earth Hour