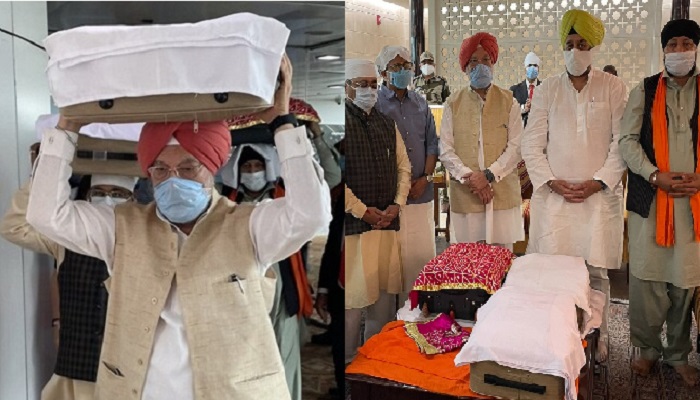 After the coup d’etat of the government from Afghanistan, three copies of Guru Granth Sahib were sent to India by ship from Kabul along with Indian nationals and 46 Afghan nationals. Union Minister Hardeep Singh Puri arrived at the Delhi airport this morning to bring copies of the Sikh holy book.

The Minister tweeted a video of him carrying a copy on his head and walking barefoot on the aerobridge chanting “Sat Naam Shri Vahiguru”. Minister of State for External Affairs (MOS) External Affairs Minister Muralitharan was also present.

In another tweet, the Union Minister wrote with the logic of Bani that it was a great privilege to be present at the arrival of the three holy figures of Guru Granth Sahib Ji from Kabul to Delhi and to serve them.

Passengers on an Air India flight chanted “Wahe Guru Ki Khalsa, Wahe Guru Ki Fateh” to get out of the troubled country safely.