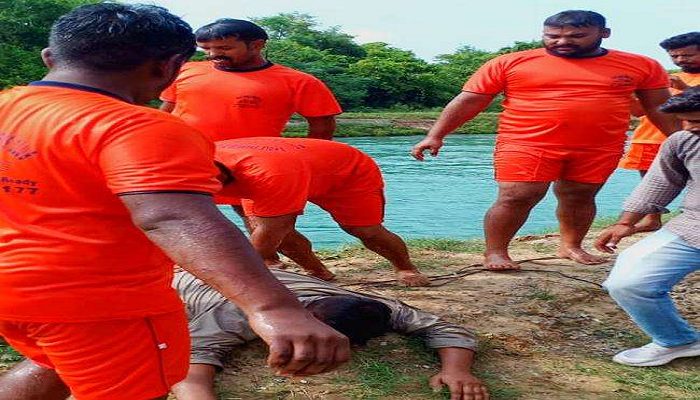 Patiala: Two members of ETT and BEd Pass Union jumped into the canal here demanding TET exam. However, he was pulled out safely in time by divers stationed along the canal. Other union members staged a protest on the Pasiana canal bridge and blocked the road.

The union has been staging a dharna at Khanda Chowk in Patiala for the past one week demanding TET examination. They are angry to hear nothing yet. In protest, union members marched to Fawara Chowk on Monday afternoon. Meanwhile, some members of the union, evading the police administration, reached the Pasiana Bhakra canal and staged a dharna there, chanting slogans against the Punjab government. It may be recalled that in the run up to the Assembly elections in Punjab in 2022, the employees’ unions have started putting pressure on the government over the demands. Under this, many employee unions are protesting.