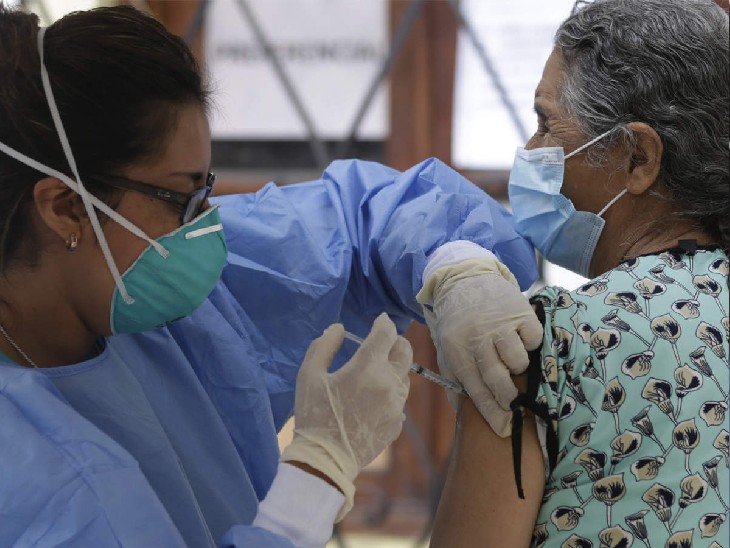 A total of 618 new cases of Corona have been reported in the city today. At the same time, the positivity rate of corona cases was recorded at 12.11 percent. At the same time, there are 6149 active cases of corona in the city. At the same time, two people have also died from Corona. Among those who died, a 50-year-old man is from Darya village. He had difficulty in breathing and died at GMSH 16. He had got only one vaccine of Corona. In the second case, an 11-month-old girl has also died of corona. She was a resident of Dhanas and was having trouble breathing. He died during treatment at GMCH 32.

The first dose of corona has been administered to 50,831 youths in the age group of 15 to 18 years in the city. In such a situation, 70.60 percent of the youth have been covered. Earlier, the Chandigarh Administration has completely vaccinated the adults in the city. However, people are still coming to get the corona vaccine. The administration is also applying booster doses to the elderly suffering from the disease on priority basis.

Most cases came in Dhanas

Dhanas has the maximum number of cases in the city. Here 27 people have been found corona infected. At the same time, 22 cases were reported in Manimajra. Earlier, Manimajra had the highest number of cases. Only less than 20 new cases were reported in the rest of the sectors and colonies. Of the total new cases reported today, males were 336 and females were 282. Today 1500 patients were cured from Corona in the city. Most of these included patients who finished the 7-day isolation period at home.

Corona situation in the city

So far, a total of 1105 deaths have occurred in the city from Corona. At the same time, 80,164 corona patients have been cured. So far, 9,83,514 tests of corona have been done in the city. Of these, 8,94,354 people were found negative. Most of those who died of corona were either elderly or who had some serious illness. However, the corona cases have decreased compared to the previous days.

There is more news…

Big success for BSF jawans in Amritsar, Pakistani smugglers nabbed with 8 packets of
CM Mann tells
Former MLA Surjit Dhiman has been expelled from the party for speaking out against Congress presiden...
Members of the political wing who reached to meet Ram Rahim at Namcharcha Ghar in Gurugram, were not...