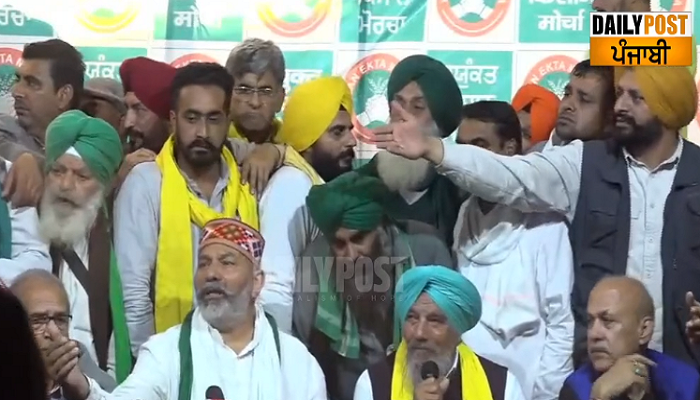 The committee consists of Balbir Rajewal, Gurnam Chaduni, Shiv Kumar Kakka, Yudhvir Singh and Ashok Dhawale. The next meeting of Kisan Morcha will now be held on December 7. Sanyukta Kisan Morcha leader Yogendra Yadav said that the purpose of the five member committee formed by Samyukta Kisan Morcha was only to negotiate with the government regarding their demands. The agitation will continue till the cases registered against the farmers are withdrawn and no compensation is received.

Regarding the decision, Rakesh Tikait said that it would be the main committee of the United Kisan Morcha. Which will take all important decisions. So far, the government has not officially called for talks. If called for talks, these 5 people will go for talks. Rakesh Tikait reiterated that the agitation would not end. “We’re not going anywhere,” Tiket said. The next meeting of Kisan Morcha will be held on December 7.

After the meeting, the United Kisan Morcha said that these three laws were anti-farmer and anti-people, due to which the Center had to repeal them, this is a great victory of the farmers of our country. The Samyukta Kisan Morcha said that we have kept some items from day one, including the MSP guarantee. The second demand is for electricity bill, which we want to repeal as it will increase the burden on farmers and people. The three issues that have come to the fore during this agitation have been discussed in today’s meeting. Thousands of cases have been registered against farmers. The government should take back the cases that have taken place in the BJP states. January 26 and Lakhimpur Kheri cases should also be withdrawn.

After the prayer, the president of PFI Mumbra challenges Raj Thackeray
Tomorrow will be Partition Day, PM Narendra Modi will be involved
Congress MP Manish Tiwari parted ways, did not sign the letter of the opposition regarding Agneepath
The students who returned to Gujarat from Ukraine became a battlefield, told the Indian government -...