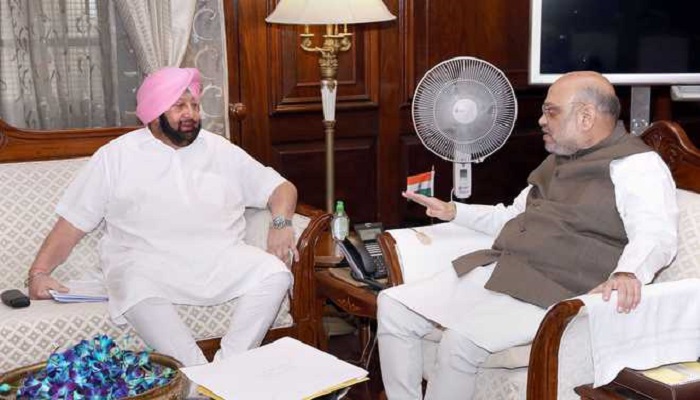 Home Minister Amit Shah is celebrating his 57th birthday today. On this occasion, his supporters as well as politicians are congratulating Amit Shah.

Also read: Ah what? Certificate of both vaccines arrived without the second dose, read the full case

Capt. Amarinder Singh tweeted, “Happy Birthday to Union Home Minister. Amit Shah ji, I pray for your health and long life. ” In response, Amit Shah tweeted, “Thank you Captain Sahib.” It may be recalled that Amarinder Singh congratulated Amit Shah on his birthday at a time when he was talking about an alliance with the BJP. The captain had announced the formation of a new party on October 19 after announcing his resignation from the Congress. At the same time, he had said, “If the solution of the peasant movement is in the interest of the farmers, then I am hopeful of sharing seats with the BJP in the 2022 Punjab Assembly.”

The post The Captain congratulated Amit Shah on his birthday and the Home Minister tweeted this reply appeared first on Daily Post Punjabi.