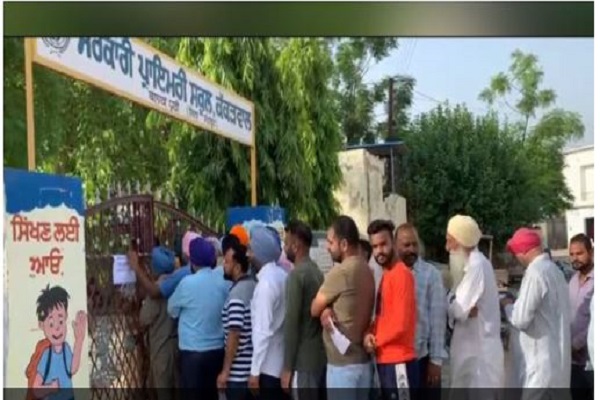 By-polls for Sangrur Lok Sabha seat are being held today. Voting starts at 8 am here. Which will run until 6 p.m. Strict security arrangements have been made for the polling. This seat is contested by Aam Aadmi Party (AAP), Congress, Akali Dal, BJP and Shiromani Akali Dal (Amritsar). By 1 pm, 22.21 per cent voting has taken place here. In the Punjab government, Finance Minister Harpal Cheema, Education Minister Meet Hair, MLA Aman Arora, Narendra Bharj have cast their votes.

Counting will take place on June 26. There are total 15 lakh 69 thousand 240 voters in Sangrur seat. There are 8 lakh 30 thousand 56 male and 7 lakh 39 thousand 140 female voters. This by-election is very important for the Aam Aadmi Party. This is AAP’s first election in Punjab almost 100 days after the formation of the government. If you win, it will be a seal on the government’s performance. If defeated then questions will arise.