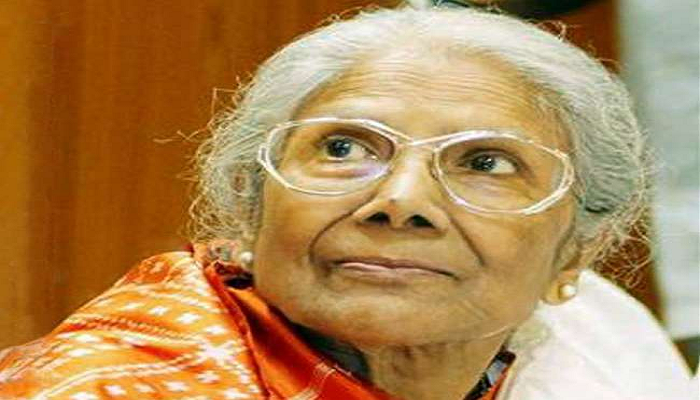 On the occasion of the 73rd Republic Day, the Government of India announced the Padma and Padma Shri awards in the fields of arts, sports, literature and social sciences. Distinguished personalities who have made significant contributions have been honored with this award. Famous and legendary singer of Hindi cinema Sandhya Mukherjee was honored with Padma Shri award but she refused to accept the honor.

Sandhya Mukherjee is 90 years old and a famous singer. He said that S. D. Berman, Anil Vishwas, Madan Mohan, Roshan and Salil Chaudhary worked with many Sangat directors and sang for them. According to reports, Sandhya Mukherjee’s daughter Sen Gupta has said that she has refused to accept the Padma Shri award. She considers it an insult.

“Will Bhagwant Mann be able to cross AAP’s boat?” Why did you gamble on Bhagwant Mann? What will be the benefit to Aam Aadmi Party? “

According to reports, Sandhya Mukherjee has called a senior official from Delhi and told him that she was not ready to be honored with Padma Shri in the Republic Day honors list. It is an insult to him to be selected for the Padma Shri at the age of 90 after more than eight decades of singing career. He also appealed that the non-acceptance of the Padma Shri award should not be politicized. He said that Padma Shri is more suitable for a junior artist than Gitashri Sandhya Mukhopadhyay. His family and fans feel the same way. He is far from any kind of politics. So don’t try to find any political reason in it.

It may be recalled that Sandhya Mukherjee sang thousands of Bengali songs in the 60’s and 70’s. He also made an indelible mark in the music world by singing in dozens of languages. In 1970, Sandhya Mukherjee was awarded the National Award for the song Jai Jayanti.