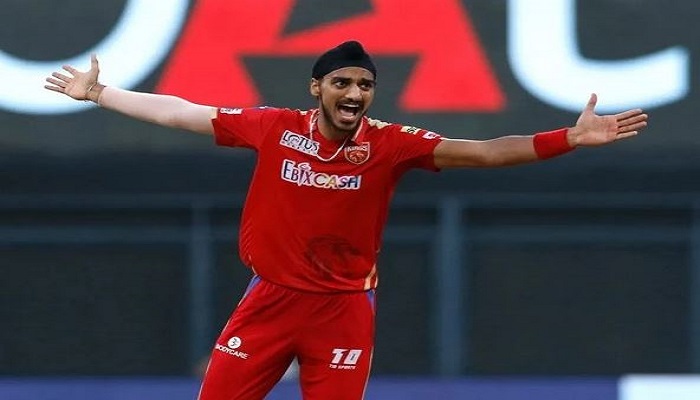 Arshdeep Singh, 23, playing for the Punjab Kings in the IPL, finally got a chance to join the Indian team. Arshdeep has been included in the Indian squad for the upcoming five-match Twenty20 series against South Africa. Umran Malik has also found a place in the team.

Arshdeep has got this opportunity in IPL 2022 due to his excellent bowling. Arshdeep has bowled brilliantly in death overs and managed to impress the selectors. In 14 matches he has played in Team India so far, he has taken a total of 10 wickets with an average of 36.40 and an economy of 7.69. In which his strike rate is 28.40. After Bumrah, he has the second lowest number of bowlers in the economy.

On this occasion Punjab Kings spinner Harpreet Brar expressed happiness over the selection of his teammate Arshdeep Singh in the Indian team. He took 3 wickets for 26 runs against Hyderabad on Sunday. For which he was named Man of the Match. Sunrisers could score only 157 runs for the loss of 8 wickets and Punjab achieved the target in 15.1 overs.

Harpreet Brar said that her focus was on her skills and she fulfilled her strategy. Apart from Brar, Nathan Ellis also took 3 wickets. “After watching the pitch, I thought it could help the spinners,” said Harpreet Brar. There were a lot of runs on spinners this season and I thought I could do well on this pitch.

India beat Sri Lanka by 38 runs in the first T20 match
Harbhajan's retirement before elections in Punjab, North will start a new innings in the political a...
IPL 2021: Chennai beat Kolkata by 27 runs to clinch the IPL title for the fourth time
IND vs ENG: Second Test between India and England begins, changes in both teams