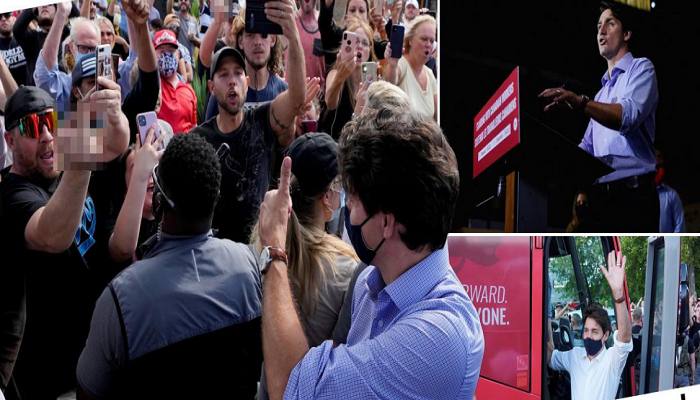 Canadian Prime Minister Justin Trudeau was stoned during an election campaign rally in London City, Ontario on Monday (local time). However, no one was injured in the attack.

The incident happened as Liberal leader Trudeau was preparing to board his campaign bus. Journalists accompanying the Canadian PM say he too has been stoned. Justin Trudeau is campaigning across the country for the September 20 midterm elections. Trudeau has announced midterm elections in August to give his minority government a majority. The Canadian prime minister later said that small pieces of gravel had been thrown at the protesters, who could have come and hit me. Some years ago, someone threw pumpkin seeds at me. This was the first incident of violence during the election campaign. Trudeau is facing public outrage over the mandatory Covid-19 vaccination. At the same time, this is the pre-election agenda of the ruling party in Canada.

Also read: ‘Our history will continue to fight, PM Modi and Amit Shah will take the wrong place and teach a lesson’: Tikait

The government has announced vaccinations for public service. However, protests have been raised by some unions. He demanded that vaccinations be made mandatory for people who want to travel by plane and train. Trudeau has faced similar opposition in Surrey, British Columbia. At the same time, it was canceled last month after a large number of protesters arrived at a campaign rally in Bolton, Ontario. Earlier, however, things were limited to the Prime Minister being insulted by his opponents during the election campaign.

See also: Politicians will appear in the farmers’ court, there will be a barrage of questions, the atmosphere will be hot, who is going.