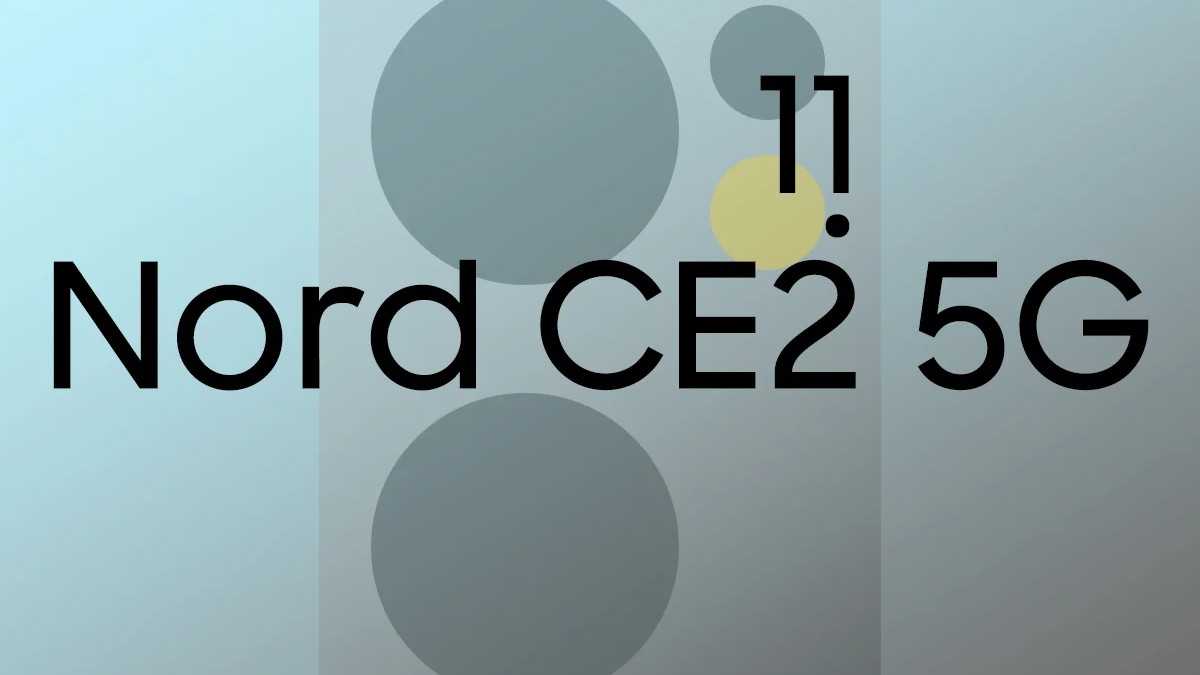 The launch of OnePlus Nord CE 2 5G can be seen only next month. It is reported that the company is preparing to launch its mid-range handset in February. Although, there has been no official confirmation from the company about its launch date, but a well-known tipster has revealed the launch date of the phone as well as its specifications. The renders and specifications of the phone have also been leaked earlier in which it was said that it could be launched in February 2022. Now another tipster has revealed that the phone can be launched on February 11.

The price of OnePlus Nord CE 2 5G in India can be between Rs 24,000 and Rs 28,000. It is quite possible that the phone will not cross the mid range of 25 thousand. It can be launched in two color variants – Black and Green.

Tipster Max Jambor has announced the launch date of OnePlus Nord CE 2 5G as February 11. a twitter Post While disclosing the launch date of the phone, Max Jambor has also revealed some of its main specifications. According to the tipster, the Nord CE 2 5G could sport a 6.4-inch Full HD+ AMOLED display with a refresh rate of 90Hz. A punch hole cutout can be seen in the display, which can be given on the top left corner of the screen. In the stated specification, it is also being said to have an in-display fingerprint sensor inside it.

Talking about the operating system of OnePlus Nord CE 2, the phone will run on Android 12 OS, on which OxygenOS 12 skin can be seen. OnePlus Nord CE 2 5G will be equipped with octa-core MediaTek Dimensity 900 processor and can be given Mali G68 GPU for graphics. The phone can be backed by a 4500mAh battery with support for 65W fast charging. Its camera module has also been told in the shared photo, which has a triple camera setup. As a primary camera, a 64-megapixel sensor can be seen in it. With this, an 8-megapixel ultra wide angle lens and a 2-megapixel macro shooter can also be given. For selfies and video calling, a 16-megapixel camera is being said in its front. 128/256 GB storage capacity can be given in the phone with 6 GB, 8 GB and 12 GB RAM.

Redmi Note 11 and Redmi Note 11S with 4 Cameras and 33W Pro Fast Charging Launched in India, Know Pr...
Customers switching to BSNL network are getting 5GB data for free, this is the offer...
Luna Foundation Guard spent $3 billion in failed attempts to recover UST
Will cryptocurrency be banned in Pakistan? Government formed committees regarding the future of cry...