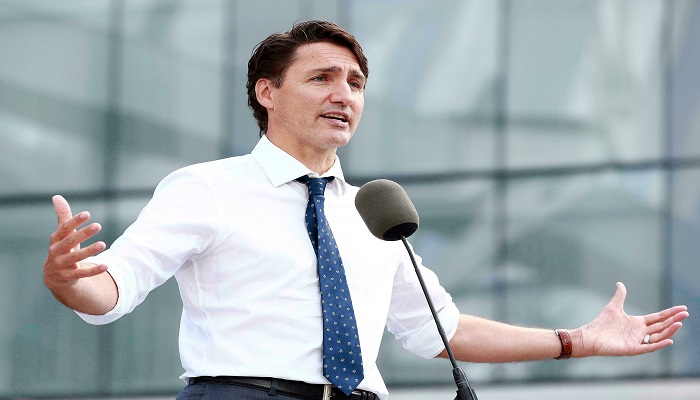 On the last day of the general election campaign, Canadian Prime Minister Justin Trudeau warned the nation that his opponents would weaken the country’s fight against the rampant epidemic and said the people of Canada needed a government that believed in science. ਕਰੇ।

According to pre-poll polls, Trudeau’s Liberal Party and the opposition Conservative Party are locked in a tug-of-war and neither party is likely to win a majority in Monday’s election. In such a scenario, it will not be possible to come to power without the cooperation of the Opposition.

In fact, concluding his campaign in Montreal on Sunday, Trudeau said that “we do not need a Conservative government that will not be able to demonstrate its leadership ability in the field of immunization, nor in the field of science that we need.”

Conservative leader Erin O’Toole flatly refused to say how many of his party’s candidates had not been vaccinated, and Trudeau reminded Canadians at every opportunity.

Trudeau is in favor of making vaccination mandatory for Canadians traveling by air and rail, but the Conservatives are opposed. Trudeau said the Conservative government in Alberta is running a provincial government and there is a crisis.

How should the face mask be to avoid infection with Omicron variants? Expert gave this advice
44 years after the girl's murder, the secret of open arms, revealed in DNA
Australian troops leave Afghanistan, but civilians are still trapped
Raman Kaur Sidhu made Punjab famous in America, a lieutenant in the Navy
Post Views: 90