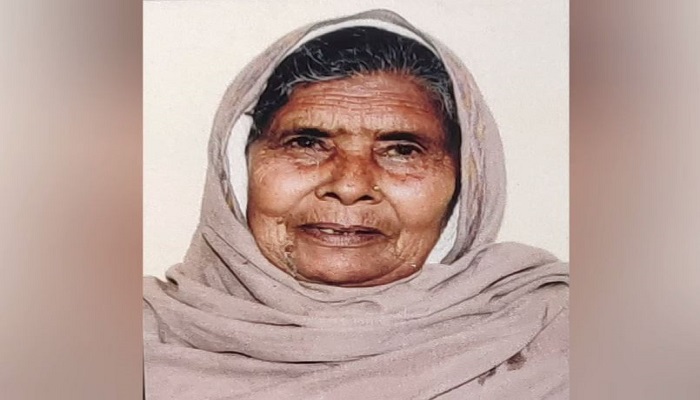 Sensation failed in the Dera Baba Nanak area of ​​the police station today when a case of a charred body being found in a sack on the bank of a canal came to light. The body was identified there and it was found that it belonged to an 80-year-old woman from village Samrai. Locals and police rushed to the spot after receiving information about the body of an elderly woman found in the canal of village Malewal under suspicious circumstances.

The body of the elderly woman was identified as Mohinder Kaur by a ring in her hand. The son of the deceased Balwinder Singh said that the elderly woman Mohinder Kaur was his mother and she had been missing for the last two days and they had also informed the police. However, the mother was not identified due to the lax action of the police and the son of the deceased expressed suspicion that the mother was wearing gold ornaments and her mother was killed with the intention of robbery. Avtar Singh, in-charge of Dera Baba Nanak police station, said that a case has been registered by his police party after taking possession of the body and further action has been initiated and the culprits will be arrested soon.

17 kg powder recovery case: Punjab police seize 4 kg powder and Rs 1.9 crore in 10 days
Great news! The Punjab government is going to make such a reduction in power tariff soon
The murder of baby Praveen Kaur was solved by her mother along with her boyfriend
Woman smuggler Bholi and Billi arrested in Jalandhar
Post Views: 56