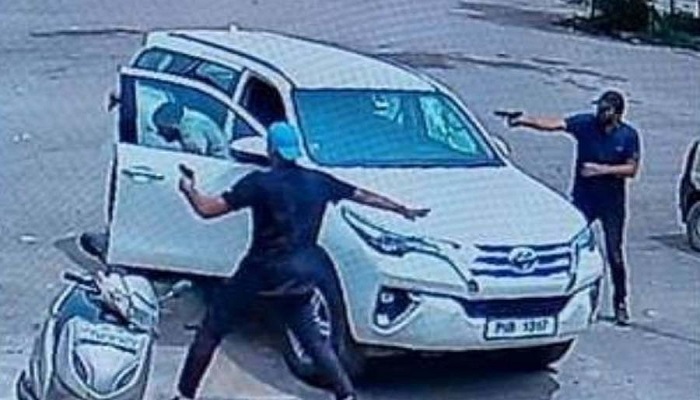 The property is currently in jail. The post that has been found on social media says that we will avenge your death by killing 4 instead of 1. The post is shared from the post property account. Posts Vicky Midukhera, Jai Balkari, Sopu, Kala Jatheri and Bhola Shooter have also been tagged. Also featured is a function picture of Lawrence Bishnoi with Vicky.

Let me tell you that National General Secretary of Youth Akali Dal Vicky Midukhera was shot dead in broad daylight in Sector-71 of Mohali. Vicky was standing outside the property dealer’s office when unidentified youths in an I-20 car opened fire on her. During this time 25 shots were fired, of which Vicky received 12 shots. At the same time, after the death of Vicky Midukhera, gangster Lawrence Bishnoi has threatened those responsible for the murder.

Also read: Vinay Deora clears up on non-appearance in Midukhera murder case, lashes out at police

Earlier, Lawrence Bishnoi shared a threatening post on his social media account and wrote, “Goodbye to all the heroes, yesterday our hero Vicky Midukhera left us all.” Veer, your lack will never be fulfilled. This brother had nothing to do with our crimes.

Anyone who has heard of this brother will have heard well. We won’t talk too much now, we’ll just do it now. As for the rest, whoever was responsible for his brother’s death prepared for his own death. The result will be available in a few days.

Issue show cause notice to Jakhar for making false statement, reply sought within a week
Drama new political currency in Punjab, which sells like crypto but not credible: Sunil Jakhar
Razia Sultana attends Punjab cabinet meeting, CM can make big announcements
Vaccination: 1000 people got vaccination done in the camp, today some trustees and members of Sansev...