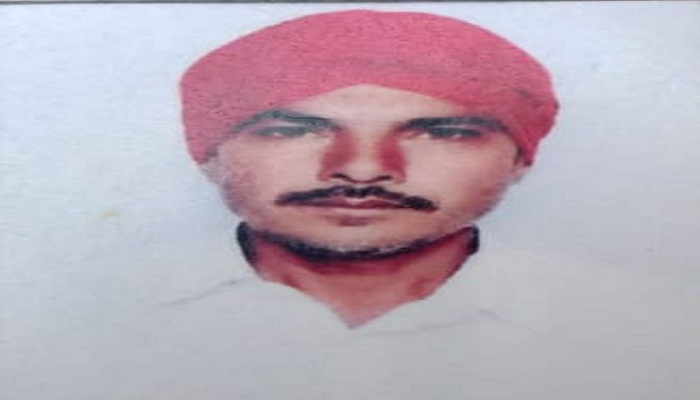 The deceased has been identified as Gurpreet Singh, 43, son of Gurdev Singh. He is survived by his wife, two daughters and a son. According to information received, Gurpreet Singh had 9 kanals of land and besides that he used to cultivate the land on contract basis but due to crop failure, farmer Gurpreet Singh was often disturbed and finally he embraced death. The deceased also had a debt of over Rs 3 lakh on his head.

Gurpreet Singh was admitted to the hospital but died during treatment. Acting on the statements of Manpreet Singh, son of the deceased, the police have handed over the body to the heirs. Ojagdev Singh Bhaini Bagha, leader of Bhartiya Kisan Union Ekta Graha, has demanded the Punjab government to forgive the debt of Kisan Gurpreet Singh and provide government job and financial assistance to the family member.

78 new cases of corona found in Punjab in 24 hours, one death
Amritsar: Retired sniffer dog 'Arjun' from customs department to get Rs 14,000 pension for life
Captain retaliates against Khattar, says' it is not Punjab but BJP that is responsible for farmers' ...
BIG BREAKING: Capt Amarinder resigns after big earthquake in Punjab politics: Sources
Post Views: 73