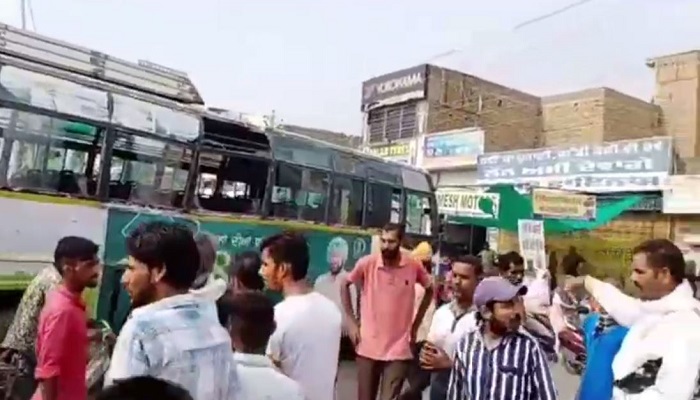 A road accident took place outside the gate of Mandi near the flyover on Fazilka Ferozepur Highway in which a Punjab Roadways bus collided with a truck. The truck hit the bus returning from T Point.

No casualties have been reported in the accident. In fact, the truck driver says that the bus driver suddenly turned the bus so that the vehicle did not recover and crashed into the bus. On the other hand, the bus driver said that he was turning the bus full of passengers in his right way when the truck driver who was talking on the phone did not pay attention and the truck got down from the flyover and crashed into the bus. He says it is preventing the loss of passengers. However, he and the connector suffered minor injuries.