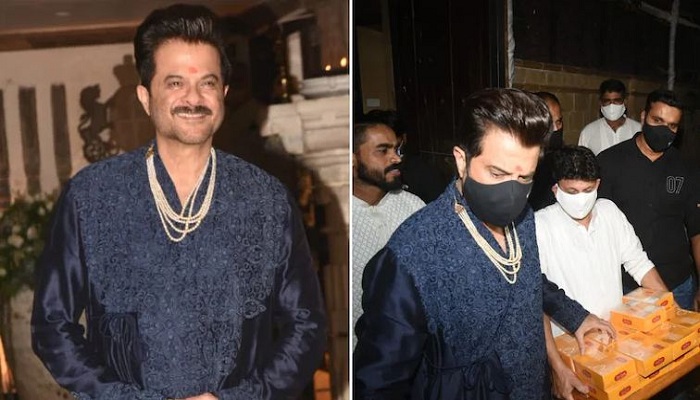 The manufacture of hosiery, bicycles and hand tools is at the top in the country and abroad, and now Ludhiana food has been added to the list. Nowadays it is a topic of discussion not only in Punjab but also among Bollywood stars. Recently, at the wedding of actor Anil Kapoor’s daughter Riya Kapoor, Chana Barfi from Ludhiana was also a topic of discussion for the guests.

Chana Barfi of Sharman Jain Sweets, Ludhiana, Anil Kapoor had distributed to his relatives at the wedding of his daughter Riya Kapoor. An order was issued on August 7 on behalf of his wife Sunita Kapoor. After receiving the order, he called Vipin Jain, the owner of Sherman Jain Sweets, and thanked him for the good sweets.

According to Vipan Jain of Sherman Jain Sweets, Anil Kapoor and his wife Sunita Kapoor came to Chandigarh to attend a function. There he ate ice cream and other sweets at the house of an acquaintance. After that he liked this dessert very much, so he gathered more information. After which he ordered Chana Barfi, while many other sweets were also ordered from Sherman Jane Sweets.

According to Vipin Jain, his gram ice does not spoil for 3 months and there is no difference in its taste. Because it does not use dairy products. It is made from ice gram powder, sugar candy, ghee, almonds and sugar. They have three outlets in Ludhiana. Sherman Jain Sweets, the founder of Chana Barfi in Ludhiana, is a fan of Chana Barfi across the country. Customers in many states, including Delhi, Gurgaon, Hyderabad, Mumbai, Jammu and UP, order this snow online. The company is now planning to expand the business to overseas markets. Talks are underway with major stores in several countries, including the United States, Canada and Australia, and exports will begin in the next few days.

Government's big action against sand mafia, 5 persons arrested in Ludhiana
White sheet spread on crops due to hailstorm in Punjab
Punjab Cabinet paves way for payment of alimony to relatives of 8 Mosul (Iraq) tragedy victims
Exit Poll should be banned, no Punjabi believes in it: Sukhbir Badal