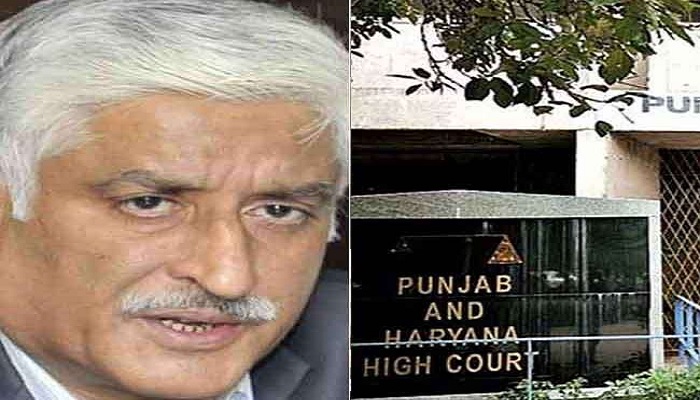 Vigilance on Thursday produced former Punjab Director of Police (DGP) Sumedh Singh Saini in a Mohali court under tight security in a disproportionate assets case. On the other hand, Saini’s arrest is being heard in the Punjab and Haryana High Court.

Sumedh Saini was arrested by vigilance late Wednesday night. His lawyers then filed a petition against him in the High Court on Thursday morning, seeking an immediate hearing. The High Court then held a hearing in the morning and issued notice to the Punjab government seeking its response. The hearing was rescheduled for today at 3 p.m. The court is currently debating.

On the other hand, the family of Sumedh Singh Saini has also filed a petition in the High Court. It is yet to be heard. The petition alleges that Saini went to Vigilance to assist in the investigation, but Vigilance illegally detained him.

It may be recalled that Sumedh Singh Saini was arrested by the Vigilance Bureau late on Wednesday night in a constable recruitment scam. At the time, Saini’s lawyers had said that the former DGP had not been arrested but had been “detained” for questioning. However, it later became clear that he had been arrested.