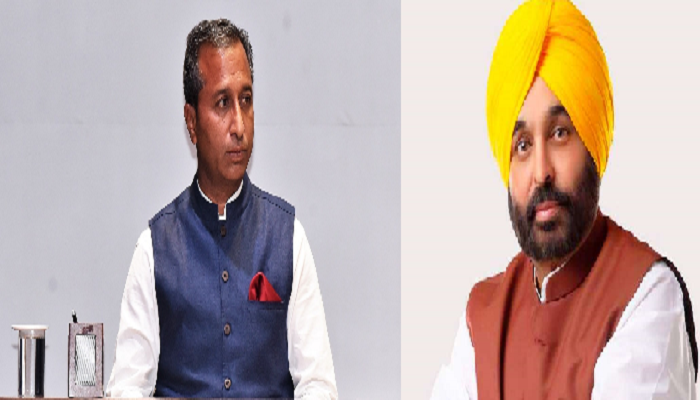 Former Punjab Health Minister Dr. Vijay Singla’s ‘thank you’ demand sent him to jail. The action has been taken against Singla on the complaint of a health department official. In an audio recording that reached the Chief Minister, Singla was telling a man that he should thank his nephew. CM Mann said he had evidence against the minister. He was subsequently dismissed and Singla was remanded in police custody for three days by a Mohali court.

CM Mann listened to the recording and asked Singla if it was his voice. According to official sources, the Minister was demanding payment of commission from Bathinda resident for allotting tenders in Health and Family Welfare Department. An official of the Health and Family Welfare Department contacted Chief Minister Bhagwant Mann regarding the matter.

Mann asked if it was his voice. The Health Minister accepted it. In the recording, the minister allegedly told the man that he should “thank” his nephew. Meanwhile, CM Mann ordered to register an FIR in Mohali and police arrested Singla on corruption charges.

The Anti-Corruption Branch is now looking for the nephew whom former health minister Vijay Singla is referring to as ‘Shukrana’ in the audio recording. The nephew will also be questioned in this case.