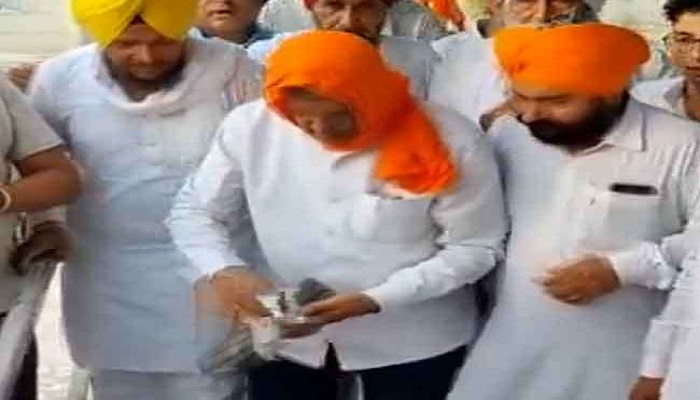 Rawat had called Navjot Singh Sidhu and his team Panj Pyare in Chandigarh. His statement was objected to. On this, Rawat regretted that he would serve at Gurdwara Sahib.

Earlier this morning, Harish Rawat had apologized through Facebook. Rawat wrote that despite apologizing for uttering the five beloved words, he was shocked to see the statements of BJP leaders. The word Panj Pyare is very sacred, revered and they have used this word with respect. He wrote that do not create any unnecessary political controversy in the election year, so he not only apologized for his statement, but also expressed his determination to serve in the Gurudwara as a remorse for using the word.

Rawat then apologized the next day. “Sometimes out of respect you use some words that are objectionable,” he said. He has made the mistake of using the word Panj Pyare for Navjot Singh Sidhu and four acting presidents. He had said in Chandigarh that he would repent and serve at Gurdwara Sahib. Today, Rawat visited a gurdwara in Uttarakhand.