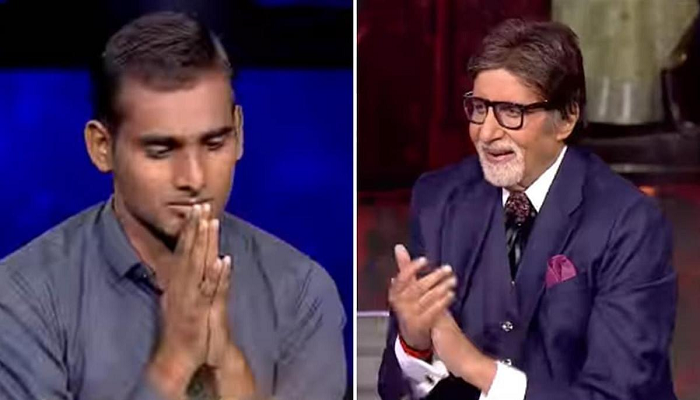 KBC 1 crore winner: Sahil Ahirwar, a resident of Lovekushnagar in Chhatarpur district of Madhya Pradesh, has won Rs 1 crore by answering 15 questions in Amitabh Bachchan’s show Kaun Banega Crorepati. He will also be gifted a Hyundai i20 car. As soon as such information was received, Sahil’s family was overjoyed. This victory of Sahil has enhanced the pride of the entire Bundelkhand including Lovekushnagar.

According to sources, Sahil Ahirwar is a resident of Lovekushnagar and his family’s financial condition is not hidden from anyone. The father works as a security guard in a private company in Noida and the mother is a housewife who has undergone kidney surgery.

The story of Sahil Ahirwar, who won Rs 10 million in KBC, has been a struggle since childhood. On reaching Sahil’s house in Lovekushnagar, 60 km from the Chhatarpur district headquarters, it was found that his family was living in a small rented room in the MLA colony. Behind Sahil are his mother Saroj, father Babulal Ahirwar and younger brother Paras. Due to poor economic condition, the entire family is forced to live in 10 by 11 rooms.

His father said that he has worked hard to give his son a good education and values. He is currently a security guard in Noida. He probably Your He may have run the house, but in the children’s education No There was no shortage. As a result, son Sahil is raising the name of the family by winning one crore in KBC.