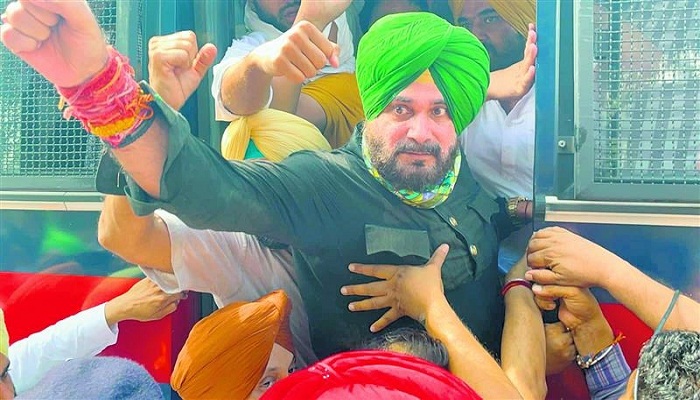 Navjot Singh Sidhu’s sudden dharna in front of the gate of Punjab Raj Bhawan on Tuesday left Chandigarh police in limbo. The dharna was called by Sidhu due to lack of justice in the incident which took place in Lakhimpur Khiri. The police came to know about the dharna on the spot.

Sidhu was accompanied by some Congress MLAs on the occasion. Sidhu and these leaders were arrested on the spot by Chandigarh police and taken to Sarangpur police station where all the leaders were released after 2 hours without any police action.

It may be recalled that the farmers were to stage a dharna in front of the Deputy Commissioner here on Tuesday due to which the Chandigarh police was busy there and on the other hand Sidhu staged a surprise dharna in front of the Raj Bhawan. As soon as the police found out about the dharna, they rushed to the spot. About a quarter of an hour later, Sidhu and other MLAs were arrested on the spot.