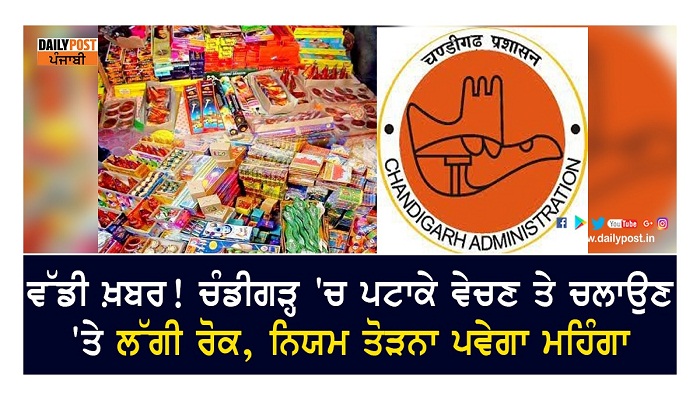 The Chandigarh administration has imposed a complete ban on the sale and operation of firecrackers on Diwali. This ban will continue till further orders. On the other hand, Diwali firecrackers have been cleared in Punjab and Haryana.

In such a scenario, firecrackers will be fired on Diwali in Mohali and Panchkula adjoining Chandigarh. In this regard, Adviser Dharmapal on Tuesday. Was. A meeting was held with Mandeep Singh Brar and other officials and the decision was taken in a meeting held in the afternoon.

Last year too, the Chandigarh administration had issued licenses to the firecracker vendors through a draw but later did not allow the firing of firecrackers due to corona and pollution. However, this time the administration is already thinking of taking a decision after considering all these aspects. Adviser Dharmapal had called a high profile meeting of the officers. In it, he got updates on matters related to various departments. After getting information on budget expenditure, he visited all H.P. . D. He also ordered to check at his level.

Violation of the order will result in legal action under Sections 51 to 60 of the Disaster Management Act 2005 as well as Section 188 of the IPS.