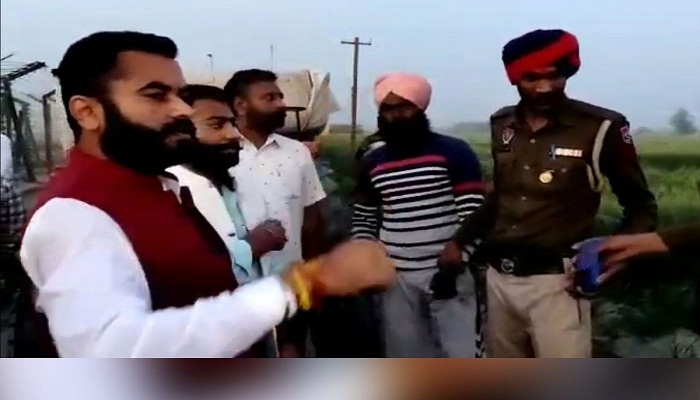 Aam Aadmi Party MLAs are already active in Punjab ahead of the government’s swearing in ceremony. AAP MLA Narinderpal Singh Savna from Fazilka Seized a trolley full of sand near the Indo-Pak border For Meanwhile, the trolley driver tried to crush the policemen. He was chased by police and fled to the border. There BSF. The occupants of the trolley were apprehended and handed over to the police.

MLA Narinderpal Savna said that he had been receiving reports for the last 2-3 days that illegal sand mining was taking place in the village of Fazilka. Many calls came in the afternoon. In the evening when the tractor trolley came to fill the illegal mining, I immediately took the mining department and the police team with me. After the staff arrived, a tractor-trolley was illegally filling sand.

Seeing us, they tried to run the trolley. The accused tried to load the trolley on the policemen. BSF near the border Caught him. They also took away an empty trolley and a token. He warned that those who are doing wrong, leave it, whoever does wrong, strict action will be taken against him.

Goldie Brar's big revelation during the interview, why Sidhu Musewala was killed, read full news - P...
Big bang in Congress next week as Sidhu prepares to step down
'Channi Sabh will now choose only goat's streams': MP Bittu after Congress defeat
Corona period: Hospitalization increased, 148 out of 414 admitted patients were level-3; 26 on vent...