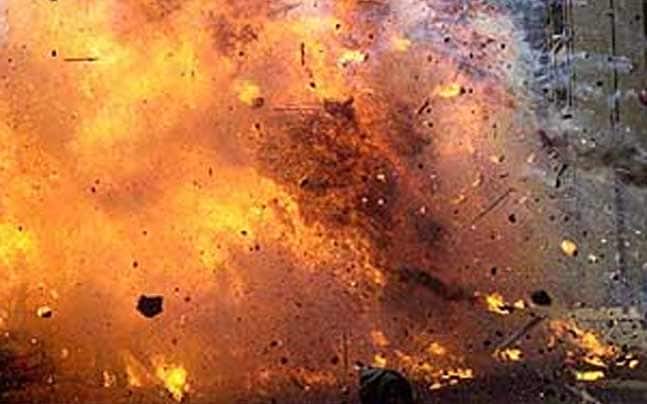 Afghanistan Blast: There has been an explosion once again in Kabul, the capital of Afghanistan. A massive explosion took place in the Sarkariz area of ​​Kabul, in which 5 people have died and many people have been injured. It is being told that the blast took place in a crowded area. Kabul Police Command spokesman Khalid Zadran said that there was an explosion in the Sarkariz area of ​​Kabul.

He told that explosive material was kept in a vehicle due to which this explosion took place. An alleged video of this incident is also going viral on social media. In this video, injured people are seen running here and there for help. However, the responsibility of the blast has not been taken yet.

A week earlier, there was a suicide attack during a T20 match at the Kabul International Cricket Stadium in Kabul. The explosion during the live match caused panic in the audience. However, there was no casualty in this incident. So there the players were locked inside a bunker. This explosion happened during a match. The biggest thing was that this explosion happened when the United Nations officials were also watching this match.

So there, two days before this incident, there was an explosion near the gate of Karte Parwan Gurdwara. However, no casualty was reported in this incident. In the month of June also, the same Gurudwara was attacked in which 2 people died.

read this also: Al Qaeda Chief: Al-Zawahiri killed in US drone attack, know who can become the new chief of Al-Qaeda

read this also: Kabul Blast: India’s close watch on the blast in the Gurudwara in Kabul, know how the situation was at the time of the blast

Army Chief Bajwa met PM Imran Khan amid pressure from opposition parties in Pakistan
Efforts to persuade Russia intensified, Israeli PM Naftali Bennett held a long meeting with Putin
Imran Khan's strange statement, said- did not enter politics to control the prices of 'potato, tomat...
There is wrong information among people about Omicron, claims WHO - virus is growing due to confusio...