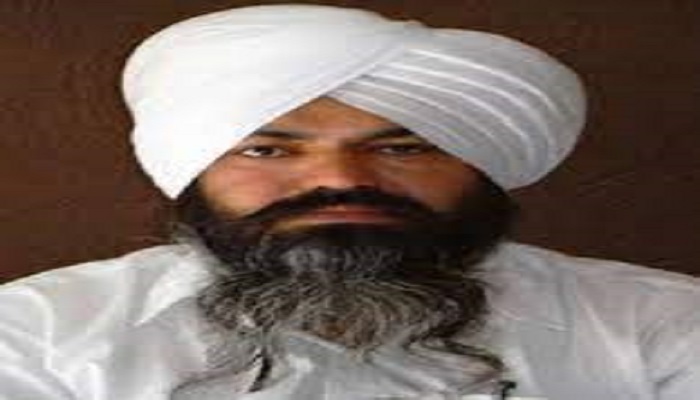 Gursimran Singh Mand, a Punjab Congress leader who had raised his voice against the Khalistanis, has received death threats. He has been threatened by sending audio clips and videos on WhatsApp. He has lodged a complaint with Sadar police station. Based on the complaint, the police have registered a criminal case.

Gursimran Singh Mand said that he received a threatening message on WhatsApp on September 1, which contained an audio clip and video. In the audio clip, the person in front is saying that what you are secretly going to pay homage to former Chief Minister Beant Singh will have serious consequences. A video clip has also been sent, in which some youths are seen holding a man and another has slit his throat. He says he will kill Gursimran Singh Mand in the same way.

Mand has also written a letter to the Chief Minister Capt. Amarinder Singh. In which he has said that he is constantly receiving death threats. Four times his name has appeared in the hit list of terrorists. Then why isn’t his security being enhanced? Commandos should be deployed to protect him. If the terrorists take his life, who will be responsible?

Gursimran Singh Mand had recently lodged a complaint with the Ludhiana police against Sidhu’s advisor Malwinder Singh Mali. Mand sought registration of a treason case against Mali. He says Mali’s actions could jeopardize the country’s integrity. A criminal case should be registered against him. Mali had commented on pictures of Kashmir and Indira Gandhi, which led to controversy and forced Mali to resign.

Channi government takes tough decision on tobacco sellers in Punjab
What a justice for the crowd! Youths brutally beaten for stealing Rajma, cut hair, 'thief' written ...
Pargat Singh plays winning shot, announces Punjab as the country's sports nursery - Daily Post Punja...
Three candidates from Ludhiana in 211 booths of first round of PU Senate elections, who will be the ...
Post Views: 199