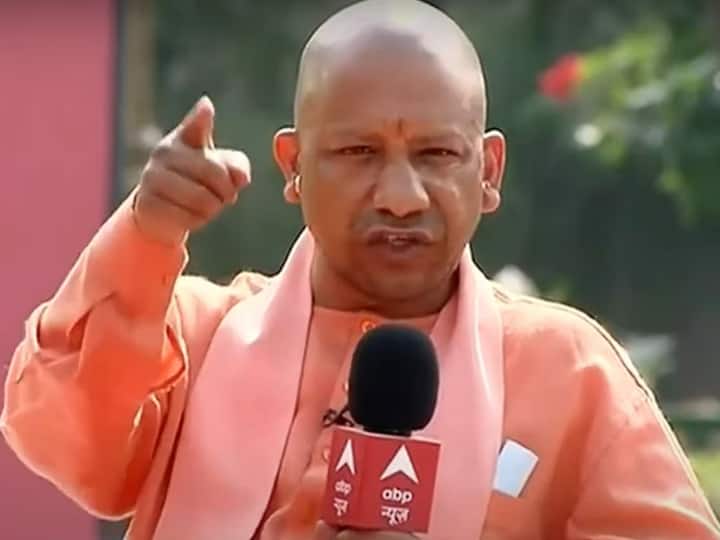 how many numbers will you give yourself

What are statements like abbajan and eighty-twenty? 80 percent is the one who is saying that who has got the benefit of the schemes. Everyone’s security and development, no one’s appeasement. The meaning of 80-20 was taken wrong. BJP will win 80 per cent seats, remaining 20 per cent seats. The government will be formed with full majority of BJP.

Said this on Ghazwa-e-Hind’s statement

Why the statement of Ghazwa-e-Hind? In response to this question, he said that people like Owaisi also entered politics. Because of this, he was answered in his own language. The dream of Ghazwa-e-Hind will not be fulfilled till the day of doomsday. On the matter of hijab, CM Yogi said that the dress code should be followed in schools. CM Yogi said that if someone keeps a veil in the house and in the markets, then there is no problem. Dress code has to be followed in schools. The discipline of the institution should be maintained.

What did Yogi say on Jinnah and Pakistan?

CM Yogi said that Samajwadi Party chief Akhilesh Yadav was insulting Iron Man and glorifying Jinnah. BJP did not come with this statement, be it Jinnah or Pakistan, but if someone comes with such things, then we will have to end it. Minorities are intimidated by you? Don’t be afraid of my statements. Must see my work. what is my job? Everyone’s safety, respect is ours. I have no problem with anyone who talks against India, I have a problem with them.

Do you hate Muslims?

Do you hate Muslims? I don’t tease anyone. I talk about everyone’s development with everyone. People say that your bulldozer follows religion. A video of the helicopter is going viral? You would prefer to be called Baba Chief Minister or Bulldozer Baba. On this he said that I Baba is the Chief Minister. I cannot cure people’s vision impairment. If professional mafia and criminals are Muslim then what can I do about them. CM Yogi said that we have taken action against those who are criminals.

CM Yogi said that the criminal will be explained in his own language. Akhilesh’s mentality is bad towards saints. We respect every caste. The UP New Pension Scheme was implemented by Mulayam Singh, but the contribution of the employees was not deposited by the SP till 2017. We submitted it. It is because of Hindutva that everyone’s company and everyone’s development is there. Our work is to bring development and justice to the people without discrimination. Everyone’s faith can be according to everyone’s own mind. We don’t need to vote.

Our Dalit is the chief priest in the back of Gorakhnath. Gorakhnath Peeth is the one who started the Ram temple movement. Why didn’t PM Modi contest from Kashi and CM Yogi from Ayodhya? People would have asked why they fled from Gorakhpur. That’s why I chose the traditional seat. I had left it to the party to contest the elections. Our bulldozer will also run and public welfare works will also be done. Akhilesh Yadav will go to England on March 11.