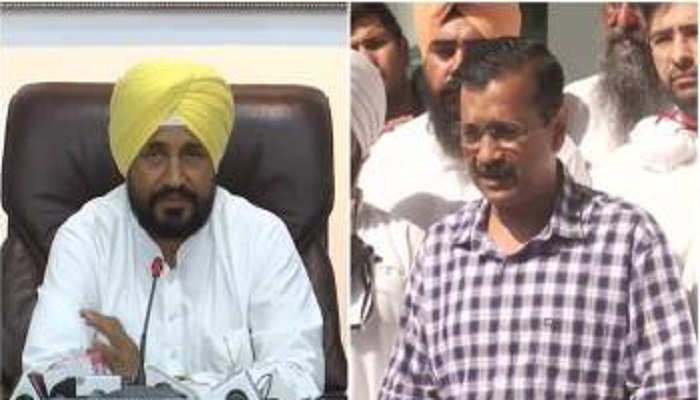 Reacting to Kejriwal’s demand for abolition of inspectorate rule, the Chief Minister said that his government had already abolished inspectorate rule across the state. A total of 17589 inspections have been carried out in four and a half years through the Central Inspection System.

Similarly computerized selection of inspection establishments and officers by giving advance notice to the industry, joint inspection of labor, boilers, lager, meteorological department and Punjab Pollution Control Board, upload of inspection report within 48 hours and based on risk of industrial units. Several steps have been taken including investigation to facilitate the industry.

Responding to the irresponsible statement of Mr. Kejriwal to refund VAT in 3-6 months to deceive the industrialists, the Chief Minister said that VAT refunds of Rs. 1700 crore had already been issued to the industrialists in the last three years. And by the end of this September, only Rs 70 crore is due.

The Chief Minister further said that the number of Mobile Wings has been reduced from 14 to 7 which were being run by the best officers of the Excise Department. This has resulted in more than 95 per cent result in tax and fine seized vehicles as there is no inconvenience to the eligible registered taxpayers.

Responding to another imaginary promise of Kejriwal to solve all the problems related to infrastructure within a year or two, the Chief Minister said that his government had always paid special attention to the maintenance and renovation work in the industrial focal points. Is He said that during last four and half years PSIEC has spent about Rs. To be created.

Apart from this about Rs. 108 crore has been spent for the development of new focal points like High Tech Cycle Valley, Dhanansu, Ludhiana and Nabha. Issues of industry progress applications ਤੇ ਚੰਨੀ ਨੇ ਕਿਹਾ ਕਿ ਪਲਾਟ ਧਾਰਕਾਂNo maintenance costs have been incurred.

He said that the state government through PSIEC has developed 45 industrial focal points in different parts of the state and allotted plots of different sizes to the industrialists for setting up their projects. Estimates of the development of a particular area / focal point usually include the provision of maintenance costs for a period of five years from the date of completion of the development work.

After this the maintenance of focal points must be handed over to the Local Government Department. The Chief Minister further said that in practical terms the maintenance of the focal points was done by PSIEC from its own resources for many years. In most cases, the work is carried out continuously by the PSIEC and the territories have not been transferred to the local jurisdictional authorities after decades of expiration of the focal point. There is no cost to the industrial plot holders for carrying out these maintenance and upgradation works and the cost incurred is borne by PSIEC at its own level.

Kejriwal coming to power in the state ਤੇ ਹਫ਼ਤਾ ਪ੍ਰਣਾਲੀ/ਗੁੰਡਾ ਟੈਕਸReferring to the claim of abolishing the system, the Chief Minister said that there was no such system in Punjab. In support of his argument, Channy said his government has already taken the initiative to end the monopoly by abolishing truck unions, which has been praised by the industry.

Under this policy a District Inquiry Committee, a District Level Committee and a State Level Committee have been constituted for the approval of regulatory and financial matters. All these committees include industry representatives including CII, PhDCCI etc. Apart from this Punjab Large Industries Development Board and Punjab Medium Industries Board were constituted which included members from the industry itself. Similarly, MSEFC Was formed so that MSMEs The arrears under the Act could be dealt with in which only the stakeholders of the industry are partners.

Rejecting the claim of the AAP convener to ensure an atmosphere of peace and harmony, the Chief Minister said that Punjab already had peaceful relations with the workers as there had been no major strike in the last three decades in the state. There is no restriction on being a resident of Punjab. He also said that Punjab had the lowest crime rate as compared to the major industrial states. According to the report of National Crime Records Bureau-2019, the crime rate in Punjab is 243.1 per one lakh population as against 1586.1 in Delhi.

Calling Kejriwal an opportunist. Channy said that such misguided and politically motivated moves would not help the AAP convener to take over the Punjab constituency as he was far from concerned about the development of the state and the welfare of its people. And their eye is only on Punjab’s vote bank.

Also read: In Bathinda, the High Court issued a major order in the case of HIV + blood transfusion to a woman

He said that Kejriwal had a misunderstanding and he was dreaming during the day and misleading the people of Punjab by showing false dreams but the wise people of Punjab would defeat him and show him the way out.

Meanwhile, Industry and Commerce Minister Gurkeerat Singh Kotli also slammed Kejriwal’s claim of boosting the micro, small and medium enterprises (MSMEs) sector and said that the state government had directed all the districts to address the issues of late payment of MSMEs. In addition to the early establishment of new MSME units in India, the Right to Business Act, 2020 has already been notified to set up a Micro, Small Facilitation Council.

Under the Government of India’s Micro Small Enterprises-Cluster Development Program, Mr. Kotli said that seven proposals have already been approved by the Government of India to enhance the competitiveness of MSMEs. Punjab has been selected for pilot projects under the World Bank’s RAMP project. The objective of this program is to expedite the initiatives of the state for the implementation of various policies for MSMEs.

The Industries Minister further said that the Make in Punjab Policy gives priority to the goods manufactured in Punjab in public procurement. Local MSMEs can match the price of their bid with L1 by 50 per cent tender, L1 to ensure 40 per cent local content.

The Industrial and Business Development Policy, 2017 provides very attractive financial incentives to Punjab’s new and existing MSMEs and a wide range of other incentives such as financial assistance, technology innovation, marketing approach, etc.