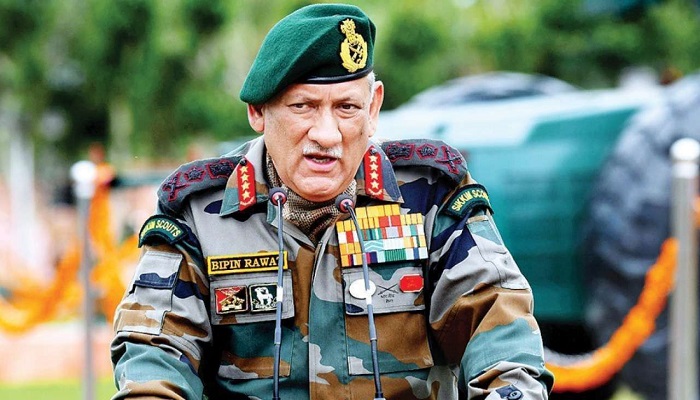 Today, Friday, the eyes of the whole country are wet. On this occasion, the hands are proudly saluting the brave soldiers whose uniforms inspire generations of the country. Thirteen people, including CDS General Bipin Rawat, who was killed in a helicopter crash near Coonoor in Tamil Nadu, will be cremated on Friday. The bodies of General Rawat and his wife will be laid to rest at his Delhi home from 11 a.m. on Friday for the last rites of his family, friends and the public.

Note that in this tweet, a link has also been shared by the Indian Army, by clicking on which people can pay homage to CDS Bipin Rawat.

CDS Bipin Rawat, who was killed in a helicopter crash near Coonoor in Tamil Nadu, will be cremated today at Berar Square Cemetery in Delhi Kent. Earlier in the day, Prime Minister Narendra Modi paid tributes to all the 13 martyrs, including General Bipin Rawat, at Delhi’s Palam Airport and met family members.

Gangwar in Delhi's Rohini Court
Jahangirpuri Violence: After Jahangirpuri bulldozer action, there will be attack on encroachment at ...
Shivpal Singh Yadav got a big 'respect' in Samajwadi Party, made a star campaigner
Goa Congress pays homage to former PM Rajiv Gandhi on his 30th death anniversary