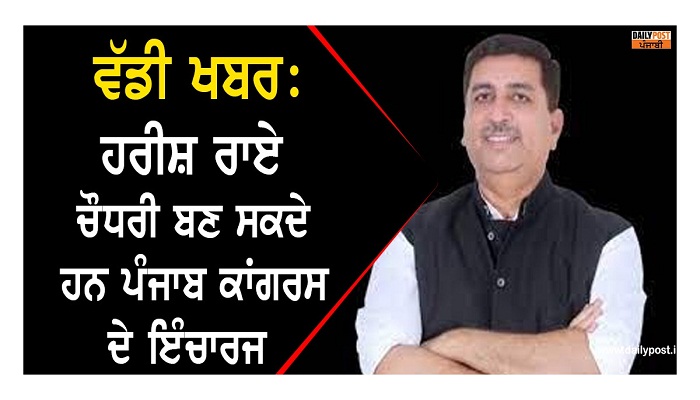 A big update is coming out from Punjab Congress Party. There is going to be a big change in the party again. There is speculation that Harish Chaudhary will be the new Congress in-charge in place of Rawat. All that remains is a formal announcement. Harish Chaudhary was instrumental in the resignation of former Chief Minister Capt Amarinder Singh.

Harish Chaudhary has already been the co-incharge of the Punjab Congress and has a good relationship with Punjab Chief Minister Charanjit Singh Channy. CM Channi appoints Iqbal Preet Singh Sahota as DGP P. S. Deol was appointed Advocate General of Punjab, but Sidhu resigned out of anger. Harish Chaudhary had played an important role in dealing with the crisis created by Sidhu’s resignation.

Also read: Union Power Minister’s statement on power crisis, says there was no shortage of power

At the same time, Harish Chaudhary was sent as an observer to the Congress Legislative Party meeting held by the High Command last month. This raises the possibility of the High Command appointing Harish Chaudhary in charge of the Punjab Congress. At the same time, the coming week in Punjab politics could be significant as Capt Amarinder Singh may announce his new party and all eyes are on the Captain’s announcement.