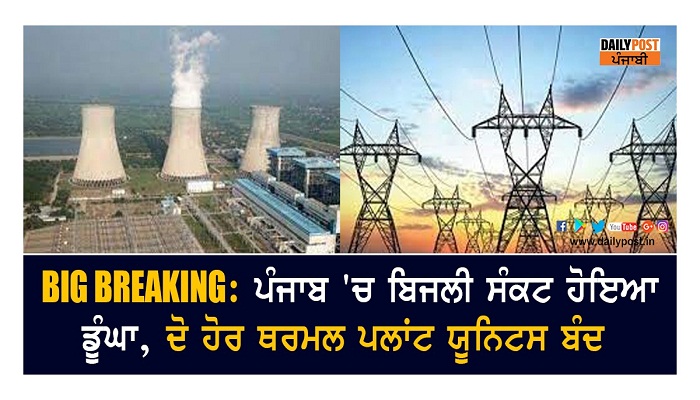 The power crisis in Punjab has deepened. Two other thermal plant units have stopped working. One unit of Lehra Mohabbat and one unit of Talwandi Sabo broke down on Thursday morning due to which Punjab State Power Corporation Limited had to face power shortage again. However, one unit of each of these thermal plants is already closed.

P. S. P. Was. L. “At present we have two 660 MW units at Talwandi Sabo, 210 and 250 MW units at Lehra Mohabbat and 210 MW units at Ropar which are not working,” a senior official said. He said that due to the change in the weather, it was hoped that the power crisis would be resolved within the next four days and there would be relief due to declining demand in the agriculture sector.

It may be mentioned here that most of the industrial units are running on generators due to power cuts. But they cost Rs 17 or more per unit to operate. He said that daily cuts of 3 to 5 hours were taking place due to which production was being severely damaged. Frequent power cuts are making it difficult for steel or plastic industries to run. This is increasing the cost of production and creating unrest among the workers as they are forced to sit idle for a long time.