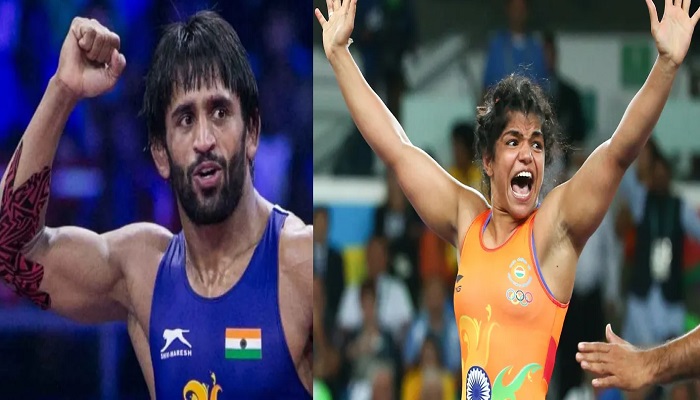 In the women’s 62 kg final, Sakshi defeated Canada’s Ana Godinez Gonzalez. This is the first medal for Sakshi who won a bronze medal in a major tournament in Rio Olympics 2016 in the last 6 years.

On the other hand, Bajrang Punia won the gold medal in the second Commonwealth Games in a row. India’s star wrestler Bajrang Punia retained his title by defeating Canada’s Lachlan McNeil 9-2 in the men’s freestyle 65kg event final. Tokyo Olympics bronze medalist Bajrang qualified for the final with a technical superiority (10-0) win over England’s George Ram. Defending champion Bajrang defeated Jean-Gulian Joris Bandeau of Mauritius 6-0 in just one minute to enter the semi-finals.

Also Read: A heart-wrenching incident, a 4-year-old girl was thrown down from the fourth floor by the doctor’s mother

It took less than two minutes for him to reach the quarter-finals, a comfortable 4-0 win over Nauru’s Lowe Bingham in the opening round. Bajrang took a minute to understand his opponent and then ended the match by pinning Bingham with a sudden ‘lockdown’ position. Bingham was unaware of this unexpected stake and the Indian wrestler won easily.

India’s medal tally at the Commonwealth Games now stands at 23. So far India has won two gold and one silver medal in wrestling.

Anshu Malik won the first medal for India in wrestling
Indian women’s wrestler Anshu Malik opened the country’s account in wrestling by winning the silver medal in the 57 kg freestyle event of the Commonwealth Games. Anshu lost 3-7 to Nigeria’s Odunayo Folasade Edukroe in the final. Before this, Anshu dominated in every match. She won by technical superiority (10–0) over Australia’s Irene Simionidis in the quarter-finals and Nethami Porothotage of Sri Lanka in the semi-finals.

IND vs NZ: New Zealand, India to face in T20 World Cup tomorrow
South Africa tour to be amid 'Omikran' threat! Find out what BCCI President Ganguly has to say
Team India beat Sri Lanka 3-0, India's 12th consecutive win in T-20
Harbhajan Singh and Mohammad Aamir, who have been fighting on Twitter all night, ran away