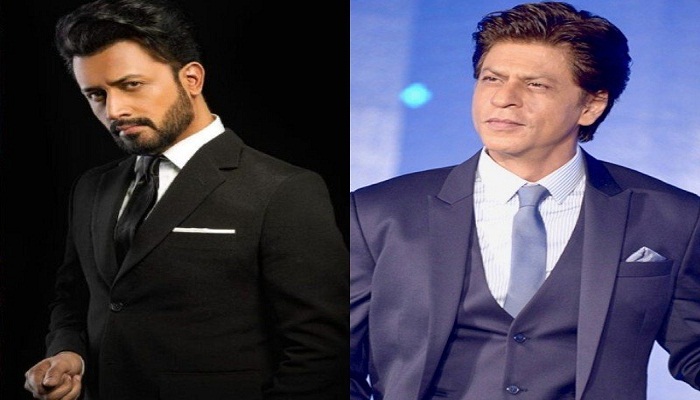 atif aslam breaks silence : Bollywood king Shah Rukh Khan and Kajol’s duo is very popular among the viewers. Years later, the Shah Rukh and Kajol duo once again appeared in the film ‘Dilwale’. Although it the film Didn’t do well at the box office. But at the time, there was controversy over the film’s song ‘Gerua’. It was said that the song was first sung by Pakistani singer Atif Aslam.

But Atif refused to sing the song. Recently, Atif himself has told the truth about the whole matter. In fact, Atif has recently spoken openly about it in this interview. When Atif was asked if he really doesn’t have time for Shah Rukh? “It’s not like that at all,” Atif said. At first, I only met him once and he is an amazing person but he did not tell me that personally. I was contacted on behalf of his team and we also recorded the song and sent it to him. “I don’t know what happened, his team didn’t take us forward, I still have that recorded song,” Atif added.

Something happened that my song was not given to them. After that I saw Shah Rukh Khan saying that Atif Aslam doesn’t have time for my songs. Maybe she’s busy singing for Chinese movies. Next, in a message to Shah Rukh, Atif said, “If Shah Rukh is watching this video, I want to tell him that I was not busy at all. I can never be too busy for you and I am ready to sing for you any day. He should check with his team because we did that song. Let me tell you that in the year 2015, Shah Rukh Khan said that we first approached Atif Aslam for the song Gerua. But they don’t have time for me. Maybe he will sing for Chinese movies now. It may be recalled that the song ‘Gerua’ from the film Dilwale was sung by Arijit Singh. This song is still very much loved by the listeners.

See also: How this young man turned around after seeing death up close, Saria crossed over, thanking God

After Kuwait, now South's superstar Vijay's Beast is banned in this country, the makers got a big se...
Left the job of a pilot to appear in films, because of this at the last moment, the voice was lost
Strange relationship: Nusrat Jahan's happy 'husband' Nikhil Jain said, "The differences between us m...
Famous Singer Udit Narayan Appears In Jalandhar Court, Testimony In Rs 3.15 Crore Scam, Find Out Wha...