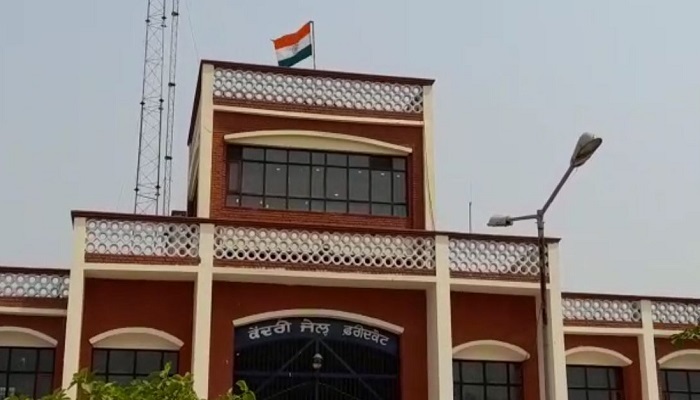 The Assistant Superintendent of the local Central Modern Jail of Faridkot has been arrested with 78.10 grams of heroin-like drug powder and a touch screen mobile phone. After the arrest, cash worth 67 thousand rupees and three more mobile phones have also been recovered from his car.

Accused Assistant Superintendent Binny Tank had kept these items hidden in a file in his hand and on reaching duty on Saturday evening, when he was searched, the prison staff caught him. Meanwhile, the accused also mistreated and manhandled the jail employees.

In this incident, after the complaint of the jail administration, the police of the police station Kotwali has taken the accused into custody and action is being taken against him by registering a case under the NDPS and other sections including the Prison Act.

Also Read: 66 veterinary teams became active in Sangrur to prevent ‘lumpi’, know the symptoms of the disease and methods of prevention.

DSP Gurmeet Singh said that the Assistant Superintendent of Jail Binni Tank reached his duty at around 4 pm on Saturday. Before entering the jail, he was searched under the leadership of Jasveer Singh, the warden posted on duty in Diuri. Apparently, after the search, when the Warden wanted to search the file held by the Assistant Superintendent, he started manhandling him and entered a room.

After this, the jail officials reached the spot and searched the file, and a touch screen mobile phone and 8 small packets of narcotic powder with a total weight of 78.10 grams were recovered from it. After the complaint of the jail administration, senior officials of the district police reached the spot and took the assistant superintendent into their custody. After this, when the accused’s car was searched, 67 thousand in cash and three more mobile phones were also recovered from it.

“Millions of lime spent on Fastway, after winning trust, hear how fraud was done, but now it has to be returned”

According to the SP, a case has been registered against the accused in the said case and he will be produced in the court on Sunday and remanded. During the remand, the police will try to gather information about how long the accused had been supplying drugs and mobile phones to the jailed prisoners and convicts and who was helping him in this work.