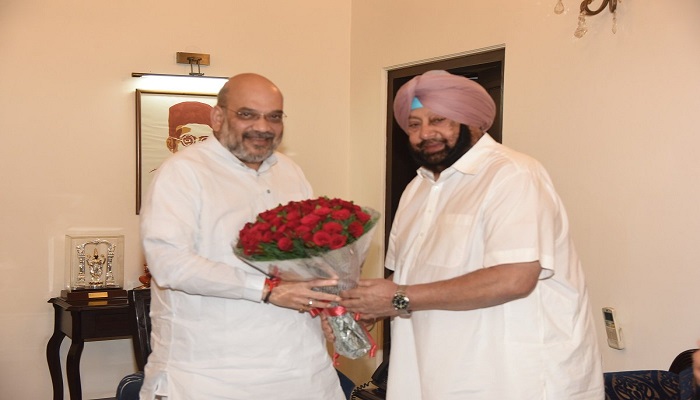 Amit Shah entered national politics after becoming a Member of Parliament in the 2019 Lok Sabha elections. During his tenure, he has taken a number of drastic decisions, including the repeal of Article 370, the Citizenship Amendment Act and the UAPA. Meanwhile, in the midst of Captain’s announcement to form a new party and talks of an alliance with the BJP, former Punjab Chief Minister Capt Amarinder Singh also congratulated Union Home Minister Amit Shah on his birthday.

Also read: What? Certificate of both vaccines arrived without the second dose, read the full case

The post Amid discussions on alliance with BJP, Captain congratulates Amit Shah on his birthday. appeared first on Daily Post Punjabi.

Modi govt to give big shock in festivals, this decision is going to be on GST rates
Akhilesh Yadav lashes out at Center, says country will not tolerate humiliation of farmers
PM Modi and CM Yogi threatened with bomb, police sought information from Twitter
Corona curfew extended again in Uttarakhand, find out what is open and what will be closed
Post Views: 88