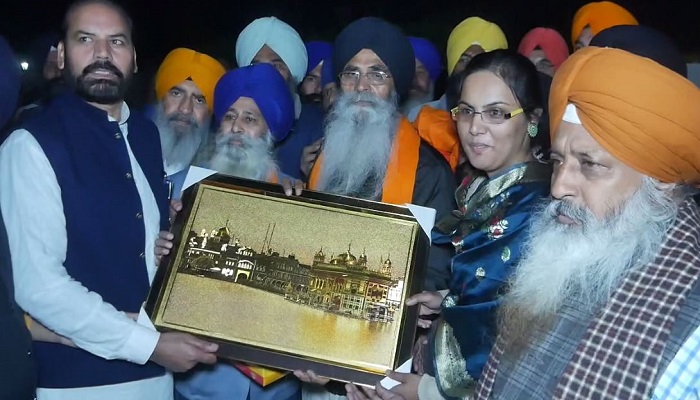 Speaking on the occasion Advocate Harjinder Singh Dhami said that the party President Mr. Sukhbir Singh Badal and Patron Mr. Parkash Singh Badal had entrusted him and he would try his best to fulfill the responsibility entrusted to him. Shiromani Committee President Dhami said that even before this district Hoshiarpur had got the crown of presidency in the form of Jathedar Kabal Singh but now that he has been given this responsibility he has won the district Hoshiarpur by a large majority during the regular election process. Pride has increased even more.