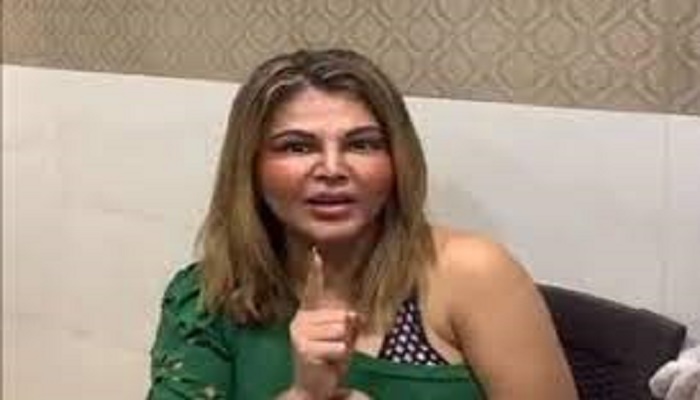 rakhi sawant husband ritesh : Rakhi Sawant, a Bollywood and television entertainer, is often in the headlines for her statements. Rakhi Sawant is very active on social media and she has a lot of fans Front She speaks openly of her heart. Some people like this cool style of Rakhi Sawant and some people don’t like it. Recently, Rakhi Sawant was trending on Twitter. In fact, Aam Aadmi Party leader Raghav Chadha had mentioned Rakhi Sawant in a statement.

After which Rakhi Sawant warned him. This video of hers went viral on social media. Now Rakhi Sawant has shared a post on her social media account. In this post, she has put a screenshot tweeted by her husband. In the tweet, Riteish tagged Aam Aadmi Party leader Raghav Chadha, Punjab Police, BJP and Aam Aadmi Party. He also warned Delhi Chief Minister and Aam Aadmi Party leader Arvind Kejriwal, tagging him in his Twitter post. In the post, Riteish tagged Delhi Chief Minister Arvind Kejriwal and wrote, “Don’t ruin anyone’s private life for your own political gain. Arvind Kejriwal please read your MLA because if I read you will not be seen anywhere.

Rakhi Sawant has shared this post of her husband Riteish on her social media account. Sharing this post on her social media account, Rakhi Sawant wrote in the caption, ‘My husband has replied to Raghav Chadha. People used to bother me by going alone. There are tears in my eyes today saying that I have someone today who stands up for my honor and dignity. Thank you my dear husband. In fact, Congress leader and former cricketer Navjot Singh Sidhu had made a statement regarding Delhi Chief Minister Arvind Kejriwal. After which Raghav Chadha targeted Navjot Singh Sidhu and called him Sawant, the protector of Punjab politics. When Rakhi Sawant found out about this, she took Raghav Chadha in anger.

A video of Rakhi Sawant has gone viral on social media in which she is warning Raghav Chadha to stay away from me and my name. If you know my name, I will remove your chadha. Mr. Chadha, you see for yourself, you needed my name to be in trend. Let me tell you that Rakhi Sawant was secretly married to Riteish in a hotel in Mumbai in the year 2019. However, Riteish has not yet appeared in the media. Rakhi Sawant is often seen talking about her husband. When Rakhi went to Bigg Boss 14, it was said many times that her husband would appear in the show but it was not seen.

See also: If this plant is grown at home, it will not cause any disease, listen to the claims of this woman doctor!

Notice sent to Salman Khan by Bombay High Court, sought reply on KRK's petition
Finally Ranbir and Alia's 5 years of hard work on Brahmastra ended, both were seen at Ganga Ghat
During the shooting of Naagin, Rekha created a ruckus on the set because of a dress by Reena Roy.
Mami Alia reacted to Samara's post like this, Ranbir Kapoor's niece shared the post