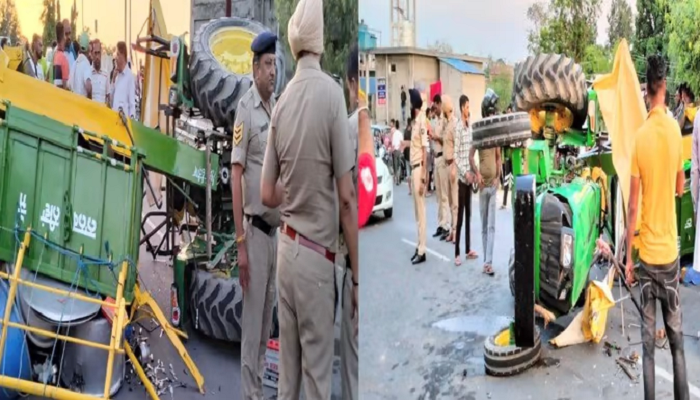 A tractor-trolley full of pilgrims from Hajipur in Punjab overturned at Una’s Pirnigah. Three pilgrims were killed in the accident. Six injured pilgrims are undergoing treatment at Haroli Hospital. One of the pilgrims has been referred to PGI Chandigarh due to his critical condition.

Nine pilgrims are traveling from Hajipur town of Garhshankar tehsil of Hoshiarpur in Punjab on a tractor-trolley to Pirnigam. The tractor-trolley overturned uncontrollably on a steep descent near Krimika Biscuit Factory in Tahliwal. Nine pilgrims on a tractor were injured in the accident and were rushed to Haroli Hospital with the help of locals and laborers where three pilgrims were pronounced dead by doctors. On the other hand, at the spot, the police called for a Hydra and removed the tractor-trolley from the road and made the traffic smooth. DSP Haroli Anil Patiala said that the statements of the injured were being recorded.